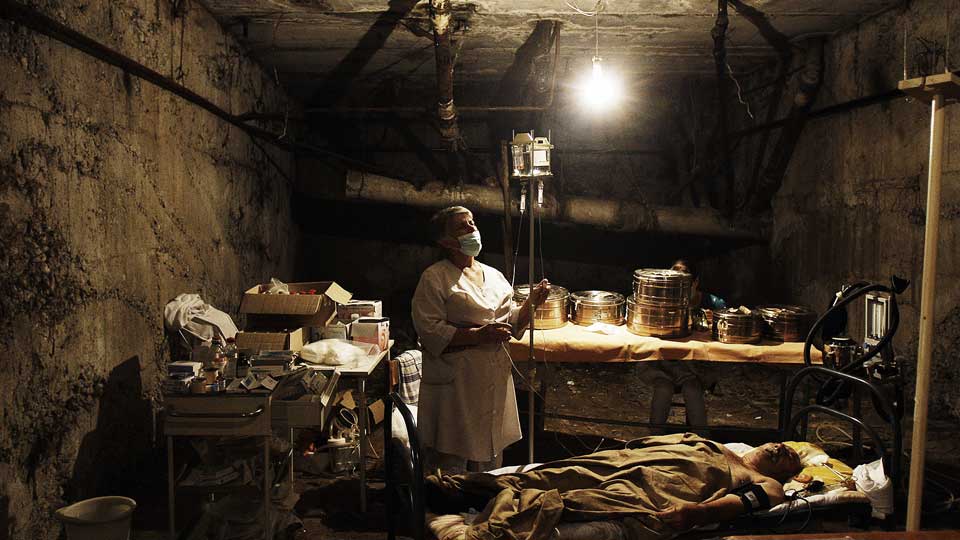 The wounded stay in a hospital shelter in the South Ossetian capital. August 2008

The Abkhazian and South Ossetian perspectives on the ﬁghting between Georgians and South Ossetians in August 2008 could not be heard above the noise generated around the geopolitical implications of the larger Russian–Georgian clash. The population of Abkhazia experienced the violence in South Ossetia as though it was occurring on their own territory. This conﬁrmed their complete lack of trust in the Georgian government’s commitment to peaceful resolution of the conﬂicts. In addition, they were disappointed with what they regarded as the international community’s absence of criticism of Georgia’s actions and lack of concern for the safety and well-being of the South Ossetians.

Russia’s recognition of South Ossetia’s and Abkhazia’s independence has taken the question of Georgia’s territorial integrity off the negotiation table indeﬁnitely. It also has set back the formal peace process with both South Ossetia and Abkhazia. An essential way forward, toward establishing trust as a necessary foundation for progress in the political negotiations, would be for the US and other interested countries to engage with the people of Abkhazia and South Ossetia at all levels, demonstrating credible and consistent concern for the safety and well being of all the people affected by the conﬂict.