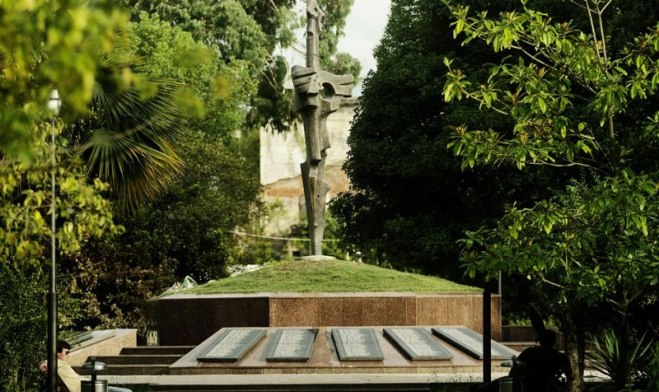 SUKHUM -- Today in Abkhazia the 19th anniversary of the March offensive is being commemorated.

On 15 March 1993, Abkhaz units forced their way across the R. Gumista and captured the strategically important heights near Sukhum.

Motorised rifle-divisions were to force their way across a few stretches of the R. Gumista, supported by air and sea, in order to break through the enemy's first line of defence and to develop a further offensive for the liberation of Sukhum. However, the operation that began on the night of 15-16th March met with no success. After bloody fighting on 17 and 18 March, the Abkhazian elements were forced to withdraw to their original positions.

Warriors of the Abkhazian army who followed the military path from start to finish recognise that the March offensive for the liberation of Sukhum was the hardest. In the March battles for the capital of Abkhazia, 222 fighters from the Abkhazian army perished, several hundred persons were injured, and 23 went missing.

In memory of those tragic events, there took place in Sukhum’s Park of Glory a ceremony laying wreaths and flowers at the memorial to those killed in the Abkhazian people’s Patriotic War of 1992 - 1993. The wreath-laying ceremony was attended by war-veterans, President Ankvab, Vice-President Mikhail Logua, Speaker of Parliament Nugzar Ashuba, Prime Minister Leonid Lakerbaya, Head of the Administration of Sukhum Alias Labakhua, MPs, members of the government, military personnel, members of the public and school-children.

In memory of those tragic events, each year throughout the whole country they lay flowers and light candles at the commemorative memorials and the graves of the fallen. In educational institutions they organise meetings with veterans and participants in the March offensive.