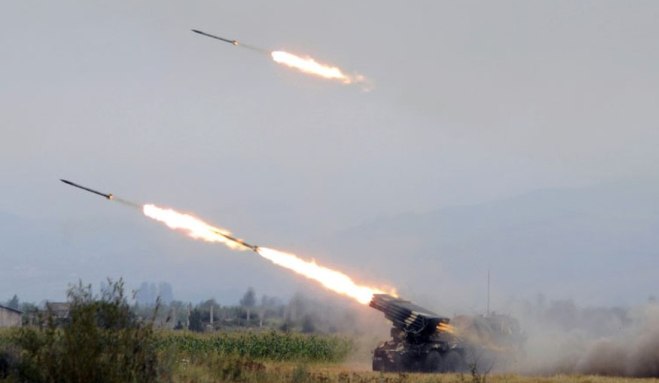 After the west heaped blame on Russia for the conflict, it ignores new evidence of Georgia's crimes of aggression

Guardian -- So now they tell us. Two months after the brief but bloody war in the Caucasus which was overwhelmingly blamed on Russia by western politicians and media at the time, a serious investigation by the BBC has uncovered a very different story.

Not only does the report by Tim Whewell – aired this week on Newsnight and on Radio 4's File on Four - find strong evidence confirming western-backed Georgia as the aggressor on the night of August 7. It also assembles powerful testimony of wide-ranging war crimes carried out by the Georgian army in its attack on the contested region of South Ossetia.

They include the targeting of apartment block basements – where civilians were taking refuge – with tank shells and Grad rockets, the indiscriminate bombardment of residential districts and the deliberate killing of civilians, including those fleeing the South Ossetian capital of Tskinvali.
The carefully balanced report – which also details evidence of ethnic cleansing by South Ossetian paramilitaries – cuts the ground from beneath later Georgian claims that its attack on South Ossetia followed the start of a Russian invasion the previous night.

At the time, the Georgian government said its assault on Tskinvali was intended to "restore constitutional order" in an area it has never ruled, as well as to counter South Ossetian paramilitary provocations. Georgian intelligence subsequently claimed to have found the tape of an intercepted phone call backing up its Russian invasion story – but even Georgia's allies balk at a claim transparently intended to bolster its shaky international legal position .

Naturally the man who ordered the Georgian invasion of South Ossetia, president Mikheil Saakashvili, denies the war crimes accusations. But what of his Anglo-American sponsors, who insisted at the time that "Russian aggression must not go unanswered"?

British foreign secretary David Miliband now accepts Georgia was "reckless" and says he treats the war crimes allegations "extremely seriously". US assistant secretary of state, Daniel Fried, meanwhile concedes Georgia's attack on Tskhinvali was "wrong on several levels", but feels that discussion of its war crimes is "not terribly useful".

In the wake of the Georgian attack, Russian troops moved into Georgia proper, destroying Georgian military facilities used to mount the original assault – and inflicting their own civilian casualties in the process, notably in Gori. Earlier this month they pulled back from their Georgian buffer zone into now nominally-independent South Ossetia.

At the start of the August conflict, western media reporting was relatively even-handed, but rapidly switched into full-blown cold war revival mode as Russia turned the tables on the US's Georgian client regime and Nato expansion in the region. Clear initial evidence of who started the war and Georgian troops' killing spree in Tskhinvali was buried or even denied in a highly effective PR operation from Tbilisi.

Within a week, the former Foreign Office special adviser David Clark was for example accusing me on Comment is free of making an "important error of fact" by stating that "several hundreds civilians" had been killed by Georgian forces in Tskhinvali.

I based that on several reports, including in the Observer. Clark insisted there was "no independent support for this claim". But, as reported by the BBC this week, Human Rights Watch now regards the figure of 300-400 civilian dead in Tskhinvali as a "useful starting point".
Meanwhile, with the exception of a small item in the Independent, Whewell's significant new evidence about what actually took place in a conflict likely to have far-reaching strategic consequences has been simply ignored by the rest of the mainstream media.