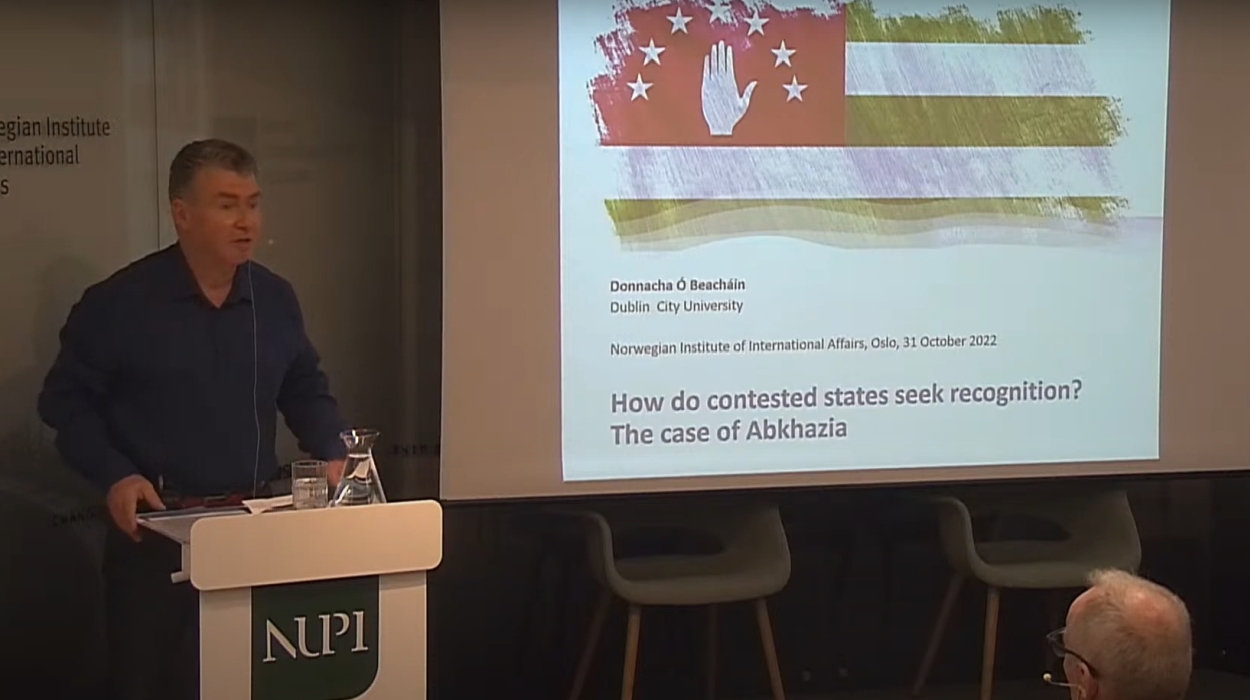 NUPI | Abkhazia’s contested status is a source of geopolitical conflict between states and alliances. But how has the campaign to expand this unrecognised state’s network of diplomatic contacts been conducted?

Watch the live stream from this seminar on NUPI YouTube channel:

In Abkhazia’s quest for recognition, different regions have presented particular challenges and produced variable outcomes, some of which are counter-intuitive. Drawing on a wealth of contemporary archival material made available by Wikileaks, combined with interviews with key players at the centre of the recognition process, Professor Donnacha Ó Beacháin has investigated efforts to secure diplomatic ties for Abkhazia in the post-Soviet space, Latin America and amongst the South Pacific microstates.

Despite Russia’s pre-eminence in the former Soviet space and its impressive arsenal of inducements and threats, the Kremlin has failed to secure a single recognition for Abkhazia from another post-Soviet UN member state, though not from want of asking. Distant Latin America, where internecine Caucasian conflicts mattered little but alliances with Russian and antipathy towards the US were strong, produced the early recognitions and some near misses. As veterans of the China-Taiwan dispute the microstates of the South Pacific region included many veterans of earlier diplomatic tugs-of-war. With sovereignty for sale, recognitions come with a price-tag and could potentially be reversed if these miniature states were presented with a better offer. A final recognition provided by Syria was in large part payback for Russia saving Bashir Al-Assad’s regime from oblivion. With some recognitions dependent on personalities or regimes rather than enduring inter-state solidarity and others influenced by pecuniary considerations, all are vulnerable.

Dr Donnacha Ó Beacháin is Professor at the School of Law and Government, Dublin City University where he lectures on post-Soviet politics, unrecognised states and Irish politics.