Today, 6 November, a delegation from the Chamber of Commerce of the Republic of Abkhazia, in Belgium on a working visit, met representatives of the Chamber of Commerce in Brussels. The sides discussed a wide range of issues affecting various aspects of the development of trade-relations between Abkhazia and Belgium, such as: the creation of official representative bodies for Belgian companies in Abkhazia; the establishment of joint Abkhaz-Belgian companies; the exchange of delegations for participating in various international events held in Abkhazia and Belgium etc...

Read more …A delegation from the Republic of Abkhazia’s Chamber of Commerce pays a working visit to the...

Today, 27 June 2013, the Unrepresented Nations and Peoples Organization (UNPO) signed a cooperation agreement with the Chamber of Commerce and Industry of the Republic of Abkhazia at UNPO’s Brussels office. This agreement represents an important commitment by both sides to collaborate in future to support the Republic of Abkhazia in its economic and institutional development.

SUKHUM -- The Minister acquainted the businessman from Germany with the economic and investment situation in the country and noted that Abkhazia is interested in expanding economic ties with foreign countries. Manfred Pfeiffer spoke with the Foreign Minister about the activities of the company. According to him, "Pfeiffer Ltd." would like to open in Abkhazia a factory for the production of quality food products for local health-centres, sanatoria and hotels, which operated according to world-standards of sanitation and food-safety.

SUKHUM -- Abkhaz consumers have received a new year’s gift from the Sukhum dairy plant. From the start of the year the plant has begun to produce sour cream, cottage cheese and yoghourt.

Igor Jonas was the head of the business delegation from Slovakia, that arrived to Abkhazia. 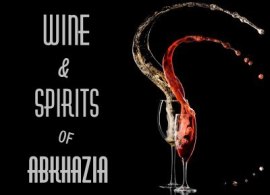